Beranda / Why Smartphones Heat Up Fast When You Play Games

Why Smartphones Heat Up Fast When You Play Games

Mobile gaming is always an option for many people at leisure. Especially during the current pandemic where many restrictions for activities outside the home. So more free time.

In 2021, more and more mobile gaming platforms are competing to seize the market in Indonesia such as PUBG, Free Fire, Mobile Legend, Genshin Impact and the latest is LOL Wild Rift.

When we enjoy playing games with smartpone or favorite hp, the usual problem arises is the onset of heat on the phone. Moreover, if you play heavy games that drain RAM, then the potential of your phone for easy heat becomes even greater.

Not only that, hot hp temperature is often also accompanied by a decrease in hp performance such as Lemot or jam, FPS drop, Signal interrupted and Battery that quickly runs out.  You must be upset if something like this happens? especially if you're playing with friends. It sucks.

If we surgically cause it essentially, there is the fact that our Smartphone is actually a system.

The system consists of many separate modules, including SoC and RAM. Surely if you are a person who likes to play games, you will strongly consider these two things before buying a smartphone is not it?

System On Chip (SoC) is a chip in which there are various processors that serve to process data on smartphones such as processing images, sound, sensors, doing calculations, multitasking and others.

People are more familiar with SoC with the term processor or chipset only.  You must be familiar with the brand SoC Snapdragon and Mediatek.  While RAM is a temporary storage where the data is processed. The more data you process, the fuller your RAM will be.

Well you need to know that this SoC and RAM is an electronic device consisting of small electronic components, namely transistors. The number is very large, about millions to billions of units neatly arranged in your SoC and RAM. It's also very small, just a few nanometers.

The nature of this Transistor is like a switch, which passes information or data. The more data processed by SoC, the more transistors work.

The information passed by transistors requires Electrical Energy. That's why, the more Apps that run on your smartphone, the faster the battery runs out.

Another result of transistors supplied with electricity is the onset of energy in the form of heat. The heavier an application runs on your smartphone, the more data that must be processed by SoC and RAM on your Smartphone. As a result, more transistors have to work, resulting in greater heat.

The same thing happens to batteries. The battery drained because the use of Hp resulted in the ion dialaned battery moves very fast. It also causes heat on the battery.

When you play games, then your Smartphone will multitask aka work many things simultaneously. Because Smartpone has to display data on the screen, read your touchscreen in realtime, process both Axelerometer and Gyroscope sensors, send and receive data from servers over the internet and process audio and speaker output. Thus, the heat arising from the many transistors that work on your SoC and RAM is getting bigger. 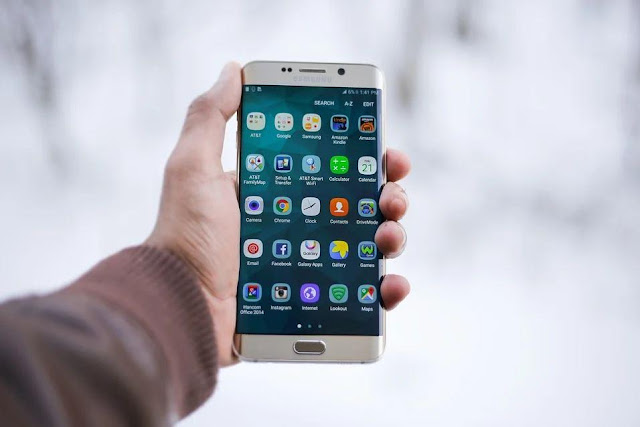 The quality of an HP can not be separated from the specifications embedded in it. Each Hp brand has different specifications for each series they release, including its SoC specs. The more sophisticated a SoC in a Hp, the more expensive it will be.

Inside the SoC there are various chip blocks that have their own functions and purposes. Some function to process images, RAM and Internal Processors, security features, GPS processors, bloetooth, Wi-Fi, NFC and others. The more sophisticated a SoC, the more reliable it is in processing data, multitasking and managing power and heat from Hp.

Well, before discussing tips and tricks to overcome the hot Hp, now see first, whether the specifications of your Hp is already support to play games?

Then there is the pattern of use, related to how we treat Hp. Many problems occur because of poor treatment of our Hp.

Treat Hp badly for example used until the battery is completely empty, or often carelessly crashing hp, or maybe you like to slam hp when losing playing games ?

Hp is a machine in which there are many components that are incorporated in a Mainboard. This mainboard consists of many very thin layers and is prone to possible damage. If there is a component as small as sand in your phone that is damaged, it can affect the overall hp performance, it can even be damaged.

Then, how to deal with the heat caused?

There are several tricks that can be used to reduce the heat on your Phone. Among them are:

Don't make your Smartphone process a lot of data.

Number 3 is actually a bit controversial. How not, if you install a game booster instead you will add data processed on hp? some have stated that installing such an application adds to the burden of Hp, but some people recommend this based on personal experience. Wisely you try it yourself.

Absorbing smarphone heat can be done by attaching the cooler, either in the form of metal alone or with the help of a fan. Its function is to channel the heat out of the air so as to lower the temperature.  There are many coolers or coolers that have been sold at low prices in the market.

Or if you don't have a cooler, you should at least wear a case on your smartphone, either a hardcase or a softcase. The case function is for protection from bumps and scratches on the body of the Smartphone. But the case is very bad for channeling heat from the body into the air. You can remove the case while playing the game, and install it again when you're done.

The heat of your Smartphone when playing the game depends on the amount of data processed, especially when playing heavy games.  If you feel the heat while playing games, then the data processed by your smartphone is too much so much battery energy is needed to process the data.  Your battery will run out quickly, the signal quality and display display of your screen will be interrupted because your SoC and RAM are burdened by multitasking.

In choosing Smartpone, the law that always applies is "there is a price there is a form". The more expensive your Smartphone is, the higher the technology to anticipate the heat.